It will take Eric Nampesya, the former BBC Swahili Service correspondent and other residents of the entire Ngara District in Kagera Region, Tanzania, ages to cope with the aftermath of the 1994 Rwanda Genocide.

Overwhelmed by refugees from Rwanda, Nampesya says his birthplace has lost many hectares of indigenous forests and wildlife animals, as the rising wave of crime took its toll on the hosts.

Few days after the genocide had erupted in Kigali, a household in Ngara had to host between 10 and 15 refugees, surpassing the number of the hosts, he recalls.

“Gradually, the government, the UNHCR, Red Cross and over 100 other local and international institutions chipped in and established Benaco and other refugee camps in the district,” he says.

Households were slightly relieved of the refugee burden upon the arrival of the institutions, but deforestation and crime, particularly carjacking, remained the order of the day in Ngara and neighbouring districts.

Most of the Rwandese former soldiers though fled to the Democratic Republic of Congo (RDC), few, who penetrated along with light weapons in the civilian refugee camps in Tanzania, were a recipe for trouble.

These often escaped into Kimisi and Biharamulo forests to waylay and hijack vehicles. They would rob passengers of all their valuables and sometimes kill all of them.

The former soldiers sold AK47 at Sh50,000 each, if not swapped them with maize and other food grains.

“Kibondo District, also situated along the border, is still experiencing high level of crime today with most of the arrested suspects being refugees,” he says.

The government of Tanzania had to form a special operation to crackdown on armed bandits and escort vehicles across the forests between 1994 and early 2000s to no avail.

Apparently irked by challenges arising from hosting refugees in north western Tanzania, former president Benjamin Mkapa proposed to the UNHCR in 1996 to consider looking for refugee camps within host countries.

“It is an uphill task for the government to monitor the porous border all the way from Ngara to Karagwe, Kibondo and Kasulu, as people from both sides speak one language,” Nampesya explains.

Ngara though has been hosting refugees from Rwanda since 1954 when a monarch was overthrown in the neighbouring country; life has completely changed in the district after the genocide.

It was easy for Rwandese to cross the border to Tanzania before, but hosting one in the district to date is considered a crime, thanks to the Immigration Department for strictly enforcing the law.

Nampesya says one of the lessons he learnt from the mishap is that peace is a foundation for everything on earth. “Politicians should not give it a lip service,” he stresses.

Each government should value all its residents if a country is to remain peaceful. “Trade should continue smoothly at border posts, but citizens in each side of the countries should not host persons they do not know,” he cautions.

On April 6 each year people pay homage to a mass grave where unidentified bodies trapped at Rusumo Bridge were buried, believing their relatives, whose whereabouts have not be traced since, might have also been buried there.

However, every cloud has a silver lining, Radio Kwizera based in Ngara was established immediately after the genocide and Nampesya was among its founding presenters before he joined BBC Swahili Service few years later.

While at Kwizera, Nampesya used to go to Kigali to produce radio progrmmes on returning refugees in a bid to inspire those remaining in camps Tanzania to also mull over going back home.

“I made several friends in refugee camps and some have been inviting me to Kigali upon their return,” he says. Radio Kwizera is still on air to date although donor funding has been significantly reduced. 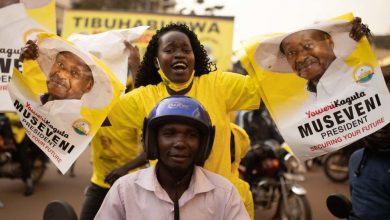 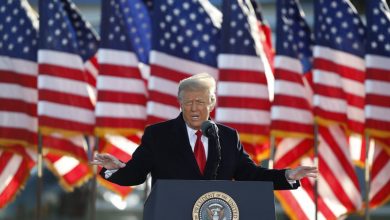