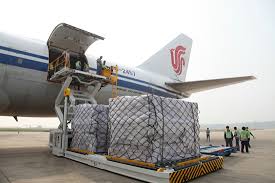 Lack of streamlined infrastructure, institutions and policy frameworks are inhibiting Tanzania from exploiting its potential for producing and exporting high value crops, a new study shows.

This is despite geography, environment, political stability and the growing demand for flowers, fruits, vegetables, coffee, fish and meat giving the country an added advantage of beefing up production and export.

The study by the Tanzania Civil Aviation Authority (TCAA) reveals that neighbouring countries are tapping in on the Tanzania’s failure to exploit its enormous potential by exporting its horticultural products through their airports and harbours.

Food and Agriculture Organisation (FAO) statistics, for instance, shows Tanzania is among the world’s top producers of vegetables, yet the country lags behind in exporting the same to the world market.

While Tanzania was ranked number 20 in 2003 and number 18 in 2007 in the production of vegetables in the world, the country was not among top 20 exporters of the emerging crops.

The FAO statistics ranked Kenya, which was not among top 20 producers of vegetables, number six in the world in 2003 when it exported 25,238 metric tonnes of vegetables at the value of over $64 million.

Findings of the study show that most of the perishable products produced in Tanzania are exported through Jomo Kenyatta International Airport (JKIA), thanks to the Nairobi’s economies of scale, efficiency and wide range connections.

The report identifies other attractive factors at JKIA as availability of necessary export services such as cooling and preservation facilities as well as aircraft tailor-made for transporting perishable crops.

The boss of the leading perishable logistics company in Tanzania suggests that all institutions and individuals involved in the value chain of these products should come together to find a lasting solution for the challenges.

“A forum of key players should be established to, among other things, give a package of incentives such as lower landing, parking and navigation fees to freighters for them to fly from JKIA to KIA (Kilimanjaro International Airport),” Mr Temu explains.

“It is therefore important to find out reasons for this huge mismatch in the horticultural sub-sector and other perishable products in Tanzania by investigating on overriding policies as well as institutional frameworks governing the sector,” the TCAA director general, Mr Hamza Johari says.

Both the public and private sectors should ensure charges at these ports are competitive enough to win hearts of exporters, standard and quality packaging materials are produced locally and made available for the exporters, and necessary export facilities such as for cooling and preservation as well as aircraft are available at all the ports.

“Tanzania should have its own dedicated airfreight to uplift perishable products direct to market destinations if the country is to benefit in terms of employment, aeronautical charges and taxes, among others” recommends the Taha CEO, Ms Jacqueline Mkindi.

The country should train specialised extension officers such as in coffee or horticulture farming and dedicate an organ to ensure there is accelerated and sustainable growth of horticulture production and productivity.

The organ should also be tasked with facilitating the export of diversified horticultural products, which meet international standards, and coordinating the development of supporting services.

The Taha boss says consistency and assurance of supply of the products in terms of quantities and quality is inevitable and so is the government’s concerted efforts to facilitate it, including reducing unfavourable taxes imposed on the sub-sector.

“Farmers are burdened by levies, production taxes, taxes on farm implements and skill development levies, among others”, says Ms Mkindi, pointing an accusing finger at some ground handling companies for monopolising operations at airports.

Kilimanjaro Airport Development Company (Kadco) admits that most of the horticultural products from Northern Tanzania find their way to Europe and elsewhere through the JKIA, blaming the trend on farmers’ failure to produce sufficient quantities required by freighters.

“There are about 20 dedicated airfreight businesses a day, including Kenya Airways (KQ), which offer competitive prices to designated markets at JKIA,” a Kadco official, Ms Christine Mwakatobe, says.

MK Airlines started operating at KIA in the recent past on conditions of carrying between 30 and 40 tonnes per flight and twice a week.

However, introduction of VAT on airfreight discouraged farmers from providing the airline with cargo, compelling them to pursue their old ways of using JKIA and the KLM.

The KLM passenger aircraft carries small amount of flowers from KIA, as the airline often arrives with electronic and medical products from Europe bound for Dar es Salaam.

Mr Erasto Ngole, one of avocado farmers from Njombe in the Southern Highlands, pleads with the Tanzania government to educate them in international market requirements to prevent middle men from exploiting them by buying their fruits at throw away prices.

On its part, TRA also admits that many horticultural companies export 80 per cent of their products to Kenya through the Namanga border as opposed to the remaining 20 per cent using domestic airports.

The freighters from Kenya stopped in 2006/7 when 5 per cent withholding tax was introduced before those from Europe also stopped in 2010.

Tanzania Fish Processors (TFP) syas its factory was capable of processing 120 tonnes per day, but barely 20 tonnes are currently processed, owing to the declining volume of fish catch.

TFP, which used to have nine flights per week, has since in 2010 been transporting fish by road to its parent company in Nairobi ready for export.

Dodoma-based Tanzania Meat Company says it is equipped with an abattoir capable of slaughtering 1,200 goats and 100 cows with export qualifications per day, but lack of cold chain facilities fails it.