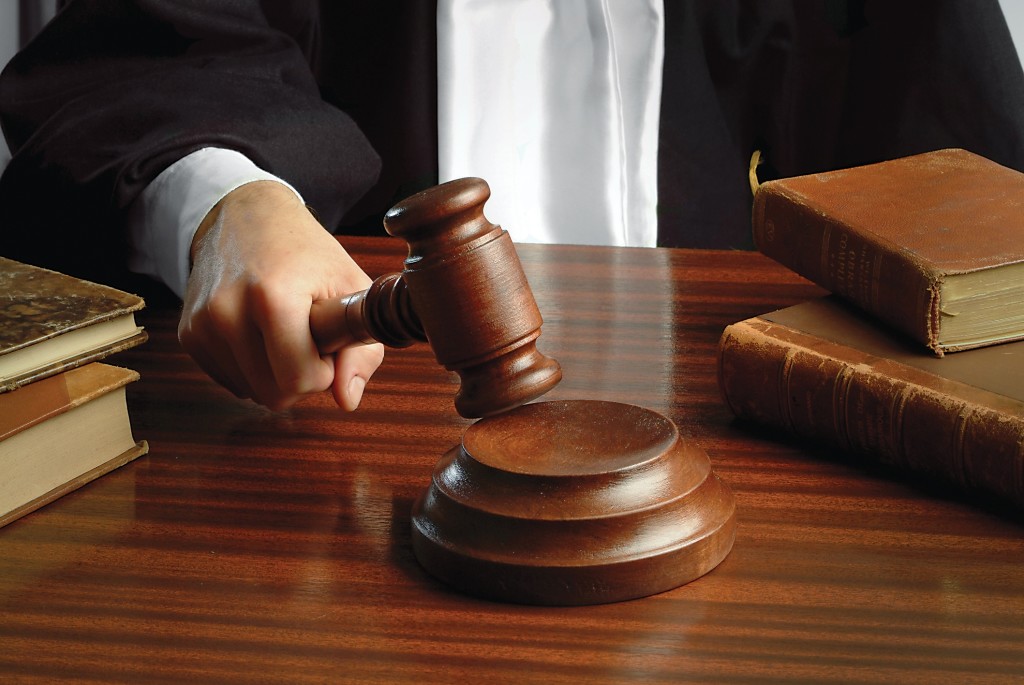 The move follows the Media Council of Tanzania (MCT) and two local civil society organisations on Thursday defeating the government in a case which was challenging the 2016 Media Services Act at the lower regional court.

The Tanzania government’s Spokesperson, Dr Hassan Abbas, said the Act had been enacted to assist the profession in the country and that the decision by the lower regional court left a lot to be desired.

He cited Section 40 on offer of amends, saying it gave journalists opportunity to apologise and make corrections when they erred, but the court had advised the government to repeal it.

Dr Abbas said Section 52(2) on seditious intention gave journalists a wide room to criticise the government and its policies, changing it was tantamount to outlawing criticism in the country.

The section says an act, speech or publication shall not be deemed as seditious by reason only that it intends to (a) show the government has been misled or mistaken in any of its measures, or (b) point out errors or defeats in the government, Constitution, legislation or in the administration of justice with a view to remedying such errors or defects.

Dr Abbas said repealing Section 7(3) on obligations of journalists to honour national security, would leave them without duties and contradict some international instruments in which Tanzania was signatory.

The section says a media house shall, in the execution of its obligations, ensure information issued does not (a) undermine (i) national security, or (ii) lawful investigations being conducted by a law enforcement agent.

A media house shall ensure information issued does not (b) impede due process of law or endanger safety of life of any person, (c) constitute hate speech, (d) disclose proceedings of the cabinet, (e) facilitate or encourage commission of an offence, (f) involve unwarranted invasion of the privacy of an individual and (g) hinder or cause substantial harm to the government to manage the economy.

Dr Abbas said Section 50 on offences relating to media services forbade ‘fake news’ from being published.”Repealing it would be tantamount to allowing gossip to be published,” he said.

“We are finalising our thorough analysis of the judgment ready for asking the EACJ Appellate Division to review it and give directives that will assist the journalism profession in the country,” he told journalists recently.

The lower regional court ordered the government of Tanzania to bring disputed provisions of the Media Services Act in compliance with the East African Community Treaty. “Each party shall bear the costs,” Justice Charles Nyachae said when reading the judgment at the court.

It poked holes in some of the sections of the Act saying they were vague, unclear and imprecise. For instance, it cited the word ‘undermine’ in Section 7(3)(a), which formed the basis of an offence, as too vague to be of any assistance to journalist or any other person seeking to regulate his conduct within the law.

“The Act does not define ‘hate speech’, and therefore, in the context, the term is vague and potentially too broad,” the EACJ judgment read by Judge Nyachae says in part.

Words ‘unwanted invasion’ in the regional court’s view failed the test of clarity and precision, further reads the judgment, citing several other phrases which similarly failed to define scope and extent of the respective content restriction.

Such vague words and phrases could not enable journalists and other persons to properly appreciate the limitation to the right to freedom of expression or to be clear on what was prohibited, the judgment adds.

The MCT, the Legal and Human Rights Centre (LHRC) and the Tanzania Human Rights Defenders’ Coalition (THRD-Coalition) sued the Attorney General at the lower regional court, contending that the Act had the potential for suppressing free press, good governance and democratic development in the country.

The applicants alleged that the Act was an unjustified restriction on the freedom of expression, as they sought its legal interpretation in relation to Article 18 of the 1977 Constitution of Tanzania.

Freedom of expression was the cornerstone of the principles of democracy, rule of law, accountability, transparency and good governance which the government of Tanzania had committed to adhere to through the treaty and other international instruments, they said.

According to them, the Act violated sections 6(d), 7(2) and 8(1) (c) of the EAC Treaty, as it was not compliant with democracy, rule of law, accountability, transparency and good governance.

The Act dictated the content of news without justification and that it introduced mandatory accreditation and gave the Board of Accreditation powers to cancel the same contrary to Articles 6(d), 7(2) and 8(1) (c)of the treaty.

Sections 35, 36, 37, 38, 39 and 40 of the Act provided for criminal penalties when defamation was established and sections 50 and 54 criminalised publications of false news and rumours, thereby restricting the freedom of expression and the right to access information.

Sections 52 and 53 criminalised seditious statements and 58 and 58 gave the minister absolute powers to prohibit importation of publications or to sanction media content, which was, once again, unjust and restrictive of freedom of expression and access to information.

The applicants pleaded with the court to declare that all the disputed sections had violated the treaty, order the government of Tanzania to revisit them or cease application of the Act and repeal or amend it to comply with the treaty.

They also pleaded with the regional court to order that the costs of and incidental to the case to be met by the government of Tanzania.

The government of Tanzania argued, nonetheless, that the freedom of expression was not absolute and that the Act reflected on Article 18 of the 1977 Constitution, as it protected rights of individuals and of the public.

“The alleged impugn sections of the Act are in line with spirit and purport of the said articles of the treaty,” the Tanzania government said in its defence.

The provisions on accreditation of journalists provided an oversight and control mechanism over the profession for scrutiny, statistics and growth.

In its response to the application No 2 of 2017, the Tanzania government claimed the regional court lacked the merit to hear and determine the case.

It appealed to it to drop the Media Services Act 2016 case against it with costs, pending determination of a similar case at the local court.

“Resources should not be wasted for matters that can be better resolved within the domestic arena,” Ms Alicia Mbuya, the Principal State Attorney, told the lower regional court.

Ms Mbuya was referring to a constitutional case No 2 of 2017, which the Union of Tanzania Press Clubs and Halihalisi Publishers filed against the Attorney General at the Tanzania High Court Mwanza chapter.

However, Mr Fulgence Massawe, the counsel for the MCT and the two civil society organisations, denied his clients were directly involved in the Mwanza High Court case.

Mr Massawe said Article 27 of the EAC Treaty empowered the court to consider all cases raising questions pertaining to interpretation and application of the treaty.

He said the Tanzania government failed to meet its obligations under the EAC Treaty, as the Act provided for content restrictions, accreditation of journalists, ministerial powers prohibiting importation of publication, criminal offences of defamation, false news and sedition.

A three-pronged test the regional court had applied to Burundi Journalists Union case against the Burundi government was evidence that the provisions were contrary to the EAC Treaty, he said.

The journalists union had argued at the same court that the 2013 Burundi press law restricted freedom of the press and the freedom of expression contrary to the government’s obligations under Articles 6(d) and 7(2) of the EAC Treaty.

“…some of those provisions in Reference No 5 of 2013 Page 38 cannot pass the test we set out above and are therefore in violation of articles 6(d) and 7(2) to that extent only,” the regional court said in its ruling then.

Mr Massawe explained that in the first test, the limitation ought to be part of a statute which was clear and accessible to citizens for them to foresee what was prohibited.

Second, the law must have been promulgated to meet an objective which was important to the society; and third, the right to freedom of expression ought to be limited as little as possible. 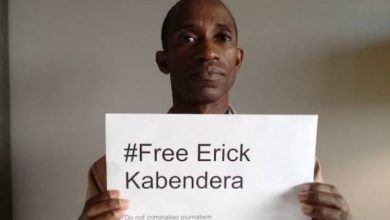 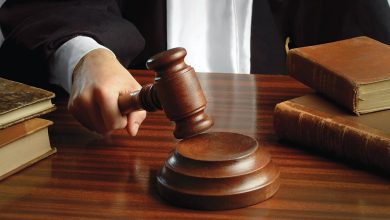 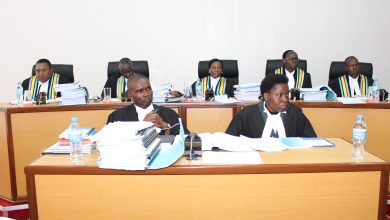