The East African Business Council (EABC) Working Group on Domestic Taxes and some GIZ officials met at Nairobi Safari Club in Nairobi, Kenya, recently to deliberate on the fate of ratification of the Domestic Tax Agreement signed eight years ago. Mr Adrian R. Njau, the Trade and Policy Adviser with the council, sheds light on the agreement in this interview with Joe Lihundi.

What are domestic taxes?

From the EAC context domestic taxes are all taxes which are subjected and administered by respective national laws. They are basically internal or country taxes and mainly include income taxes, Value Added Tax and Excise Duties. Unlike import duty, which is completely harmonised through EAC Common External Tariff and administered uniformly across the EAC partner states by one law which is the EAC Customs Management Act, each EAC partner state has liberty and control on how to administer domestic taxes.

Why should they be harmonised in the EAC region?

In any economic integration where the process through which economic relations and interdependence among areas or countries are broadened and deepened, the domestic taxes should be harmonised in order to bring them into harmony or adjust them to conform to a set of common economic aims at regional level. Since taxes may be barriers to the free movement of goods, services, capital, labour, persons or investments, their harmonisation or adjustment to integration should be examined to remove any barriers or distortions.

Harmonisation of domestic taxes is an element that runs through all stages of EAC integration which are Customs Union, Common Market, Monetary Union and Political Federation. Coming into force of the Common Market in 2010 as well as implementation of the Single Custom Territory (SCT) reinforces the need for a harmonised domestic tax regime which is levied on a number of services and goods produced in the region or imported with the aim of facilitating free movement of services and goods in the region.

The legal justification for harmonisation of domestic taxes in EAC is mainly derived from Article 83(2)(e) of the Treaty for establishment of the East African Community which obliges partner states to “harmonise their tax policies with a view of removing tax distortions and bringing about a more efficient allocation of resources within the community”. This Article is reinforced by Article 32 on the harmonisation of tax policies and laws of the Common Market Protocol which states that “the partner states undertake to progressively harmonise their tax policies and laws on domestic taxes with a view of removing tax distortions in order to facilitate the free movement of goods, services, and capital, and the promotion of investments within the community”.

In addition, Article 8 of the East African Monetary Union Protocol provides for harmonisation and coordination of fiscal policies and avoidance of harmful tax competition. Tax neutrality is very critical for a good functioning of both Customs Union and Common Market.

While in EAC import duties have been eliminated in intra EAC trade, unharmonised domestic taxes continue restricting trade and preventing full realisation of the benefits of the integration process which are provided for in the Treaty, namely Customs Union, Common Market and Monetary Union protocols. Current unharmonised taxes have discriminatory effects and cause distortions in the cross-border transactions and investment decisions. In addition, the unharmonised domestic taxes are sometimes sources of trade disputes, thus a call for harmonisation of domestic taxes.

What will the EAC partner states and East Africans at large benefit from harmonisation of domestic taxes?

The main benefit to be accrued from harmonisation of domestic taxes in EAC is associated with removal of distortions and discriminations caused by unharmonised domestic taxes. This will, in turn, promote further free movement of goods, natural and legal persons, factor of production and cross border investment. Also harmonisation of domestic taxes will create tax certainty for the region which will then make the region more attractive to investment from outside the region as investors will find the region’s tax regime certain, predictable and can treat EAC as single market.

Why are Burundi and Tanzania hesitant to ratify the Domestic Tax Agreement they signed eight years ago?

Though I cannot speak on behalf of Burundi and Tanzania, I understand that each partner state has its own process of ratifying any agreement. However, the private sector stakeholders in the EAC region strongly feel the period for ratification has taken too long. As you are aware, the EAC Agreement on the Avoidance of Double Taxation and the Prevention of Fiscal Evasion with Respect to Taxes on Income was signed by the five EAC partner states, namely Burundi, Tanzania, Uganda, Rwanda and Kenya, on November 30, 2010. So far it’s only Kenya, Rwanda and Uganda who have ratified the agreement, while Burundi and Tanzania are yet to ratify it. It should be noted that for the Agreement to enter into force, all contracting parties are required to ratify it and notify each other.

The request from the private sector is for the remaining EAC partner states to ratify the agreement to enable its implementation so that the benefits it offers can be enjoyed by both firms and residents of the region. The main benefits associated with the agreement is increase of investment in the EAC region, primarily through eliminating double taxation, limiting discriminatory treatment and providing tax certainty through transparent  and predictable tax allocation rules. For the private sector in the region, the implementation of the Agreement will be one of the key initiatives of achieving harmonisation of fiscal policies in the region, especially with respect to taxes on income.

How will bilateral double taxation agreements into which some EAC partner states entered with other countries fair with the EAC Multilateral Double Tax Agreement one in place?

What costs is the EAC region incurring as a result of the delayed implementation of the agreement?

Delays in ratification and implementation means that businesses, workers and investors within the EAC region will continue to be hampered by the potential for double taxation and discrimination when they invest or work in another EAC partner state. This will then increase the after-tax cost related to investment and activities hence diminishing profits of businesses for further investment and raising the cost of doing business, while lowering the compensation of workers.

Failure to eliminate double taxation and discrimination means that the EAC region and partners states are less competitive than other regions. Failure to ratify the agreement will send a negative signal that the EAC region is not willing to act in concert to adopt international norms governing taxing rights in cross-border trade and investment that would indicate a welcoming investment environment.

Why should the EAC partner states have a single definition on a VAT taxpayer?

This will be key and right step toward harmonisation of Value Added Tax (VAT) in the EAC region. Having single definition on a VAT Taxpayer will create uniformity on how EAC partner states define and treat VAT tax payer in the region.

Why should the EAC partner states agree on a standard bounded rate within their rates for both VAT and excise duty?

Why should the EAC control exemptions, zero rated and other relief regimes in the region?

The main justification is to reduce tax distortions and discriminations which create unfair playing field in the EAC region. Also the control will create a degree of uniformity on VAT and excise duty in the region and bring about harmony of the tax regime

Why should the EAC partner states agree on and put in place a regional policy for VAT refunds?

One of the main tax refund challenges the private sector is facing in the EAC region is the delay and denial of refund for legitimate VAT claims holding working capital of businesses and making businesses uncompetitive. 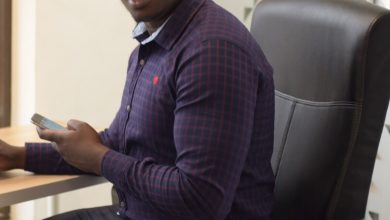