When Rudolf Hass was breeding an avocado variety at La Habra Heights in California 91 years ago, he did not know he was fighting against poverty in Njombe, Tanzania.

Yet an average income of the township will certainly hit the roof in the near future if the growing production trend of his cultivar of avocado is anything to go by.

The Hass avocado or persea Americana, as scientists call it, is slowly but surely substituting the traditional pine trees, maize and Irish potatoes to become the major cash minting crop in Njombe.

Unlike pine trees, which need a large farm and take up to 15 years to harvest once and for all, an acre of avocado trees produces many fruits a season and can last for over half a century, pending its management

Thanks to the then amateur horticulturalist for making the emerging lucrative cash crop compatible with the climate of Njombe whose topography ranges from 1,200 metres to 2,200 metres above sea level.

Temperature of the township, which was officially declared headquarters of the newly established region on March 1, 2012, declines up to minus degrees Celsius at night towards the end of July.

Worldwide, avocados flourish between the altitude of 800 metres and 2,200 metres above sea level, but Njombe’s climate and its soil give the region an added advantage over other producers globally, as its fruits delay to mature and reach the market during off seasons.

Erasto Ngole, 45, the resident of Itulike Village in the township, would have written Shikamoo Rudolf — respect to Rudolf — on the front doors of his Toyota RAV4 had he known the input of the US researcher to his vehicle and life.

“Before I embarked on avocado farming, I owned a bicycle. I later on bought a motorcycle, a pickup for carrying inputs to the farm and a Toyota RAV4, which I call it Shikamoo Parachichi in respect of the crop,” Erasto says.

Dozens of short chassis Toyota RAV4 ply the streets of Njombe, but the Erasto’s vehicle is unique enough to attract any visitor, if not manufacturers of the brand themselves.

The two Kiswahili words written on his vehicle — Shikamoo Parachichi — leave a passer-by speculating the person the respectful Kiswahili salutation is referring to and the esteem he commands in the township.

“I have never seen any promising opportunity in the civil service until I called it quits and resorted to avocado farming,” the former village executive officer and Makambako Weigh Bridge revenue collector explains.

Erasto, who is a biological father of six children and step father of three others, ignorantly attempted to produce other varieties of avocado when he turned down his government post in 2008.

He raised 114 seedlings of the crop in June, grafted them in November before he planted them in March the following year, as Enterprise Works and Techno Save closely guided him one after the other.

Despite the 2.5-year technical support he got from both US non-governmental organisations, Erasto could not make his dream profit from the crop, as he harvested barely three tonnes a season.

“My fellow villagers almost excommunicated me; they thought I was insane for tending fruit trees instead of traditional food and cash crops,” he recalls.

However, the Tanzania Horticultural Association (TAHA) rescued him in 2016 when the government deployed the apex body of the agricultural sub-sector to Njombe to proceed from where the US NGOs had left.

TAHA imparted on Ngole and his fellow villagers it sensitised some skills on proper management of avocado and introduced to them the much-needed Hass variety in the market.

Much as he realised where he went wrong, Erasto harvested 11.7 tonnes valued at Sh10.4 million last year compared to about Sh3 million he used to earn each season.

“I have already harvested 13 tonnes from 302 avocado trees this year and garnered Sh16.8 million, as I wait for five more tonnes of the crop to mature before the season elapses,” he brags.

Erasto boasts having an eight-acre avocado farm he planted 684 seedlings of which 114 — the oldest ones– are effectively producing the fruits.

“Avocados have completely changed my life; had TAHA arrived four years back, I would be damn rich,” he regrets, adding: “Actually I beat some civil servants in our ward, they still ride motorcycles.”

Erasto affords paying college fees for some of his children, has transferred others from ordinary primary schools to English medium ones and accomplished building his third house within the farm last year.

“My children would be pickpockets if I did not engage in avocado farming,” he quips, as he pleads with TAHA to consider beefing up the number of its agronomists in the region.

“One agronomist cannot effectively serve the entire region,” he observes, stressing: “His assistants should be provided with motorcycles and handsome perks for them to visit as many groups of avocado growers as possible.”

And all what Njombe avocado growers ask for from the government is infrastructure, particularly irrigation schemes and roads, for them to boost production of the crop, Erasto adds.

Who said the law is an ass? It only kicks NASA in Kenya 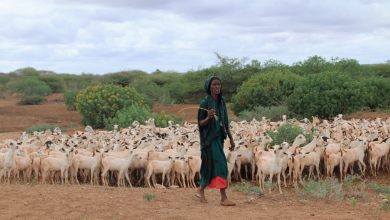 Kenya’s vast oil deposits a blessing or a curse?