Rwandan public utility companies are allocating more resources to tackle corruption in a bid to improve service delivery even as the public complains of increased bribery cases.

Both the water utility company Water and Sanitation Corporation (Wasac) and the Energy Utility Corporation Ltd (EUCL), recently embarked on an anti-corruption drive. They urged the public to report any demands for bribes or other malpractices by their staff.

Cases of utility technicians or field officers openly or indirectly asking for bribes from customers before services can be delivered have become the norm. The money is often asked for to pay transport costs to the customers premises or as an incentive to expedite responses to service breakdowns.

Residents said they pay the money because of the slow responses to complaints taken through official channels.

For instance, many residents said they are willing to pay a fee above the official tariff to expedite a power or water connections, or to solve minor technical and maintenance issues that require a plumber or field technician.

“You pay technicians Rwf6,000 ($7) if it is urgent and if you want to avoid delays. Otherwise, you are forced to file your application or call the branch which then allocates you a slot depending on the schedule of work,” said Camille Niyindora, a Rulindo district resident.

“Sometimes you file your request for a utility service and you are told to wait until other requests from your area are filed because the branch has to deploy a car and other logistics,” a resident from Musanze district told Rwanda Today.

“But you can reduce the waiting time if you are willing to pay for the technician’s transport,” he added.

Corporate goals
Managers of the utility companies condemned the practice saying it undermines corporate goals for service delivery and they want the public to report staff who asked for bribes.

Although they recognise the need to deploy sufficient human resources and logistics at branch levels, they deny any shortage of workers and resources to serve and respond to all queries by clients.

“Our field officers are given equipment and transport prior to deployment and the same applies to standby officers. Any staff exhorting money from customers can’t claim it is due to lack of facilitation,” said Marcel Nzamurambaho one of the branch managers for Energy Utility Corporation Ltd.

Many do not want to fight for their rights,” – Ingabire Marie Immaculee, the head of Transparency International Rwanda

Anti-corruption watchdogs say the main challenge lies in residents not reporting or raising complaints through official channels.
“Many do not want to fight for their rights,’ said Ingabire Marie Immaculee, the head of Transparency International Rwanda.

Transparency International ranked public utility companies as having the highest prevalence of corruption in the 2017 East African Bribery Index released this year.

Top officials at the Rwanda Energy Group, which EUCL falls under, said they had constituted a disciplinary committee that would deal with the culprits. Those found culpable would face termination and legal proceeding against them.

Wasac deputy director-general Giselle Umuhumuza, told Rwanda Today there was no tolerance for corruption or poor performance by their staff.

She however admitted slow responses to customer complaints especially among private contractors responsible for rural water networks. But, Wasac is deploying additional resources at the branch level.

Is the slave trade back? Free up our black people now 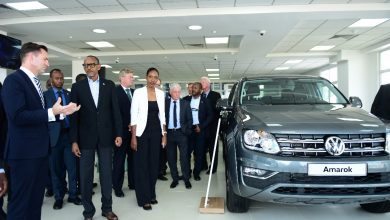