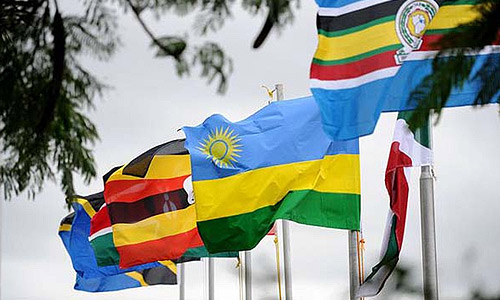 The mindset of thinking nationally among partner states is the mother of all chronic Non-Tariff Barriers (NTBs) in the East African integration process, the EAC Secretariat has admitted.

The EAC Deputy Secretary General (Productive and Social Sectors), Mr Christopher Bazivamo, wondered that a number of the EAC protocols and the NTBs Act though were in place, the EAC partner states introduced new trade barriers year in year out.

Tanzania and Kenya, for instance, were locked in an escalating trade war for about three months at Namanga border recently when they subjected each other’s goods to quality verification contrary to the EAC agreement.

Thousands of standards have been harmonised and published as the East African region’s benchmarks in an effort to accelerate free movement of goods.

The lack of mutual recognition of quality certification by standards regulatory authorities is, however, affecting cross-border trade just like any other non-tariff-barrier.

Crossings at Gatuna also came to almost complete halt recently when Rwanda shut the border and advised its citizens not to travel to Uganda for safety reasons, creating huge disruptions to cross-border trade and people’s lives on both sides.

Mr Bazivamo said almost each EAC partner state was carrying out a campaign aimed at persuading its citizens to consume goods manufactured within the country instead of adapting the regional slogan of Buy East African, Feed East Africa.

The EAC Deputy Secretary General was speaking on the sidelines of the Germany-EAC Business and Investment Expert Dialogue held in Arusha on Tuesday.

The objective of the one-day dialogue was to create business synergies in various sectors while showcasing the EAC as an ideal business destination for trade and investment.

Mr Bazivamo told the 10-man visiting delegation of the Germany business community that the EAC draft Investment Policy envisaged transforming the region into a middle-income and a competitive common investment bloc with a more liberal, predictable and transparent investment environment.

“Partner States are to streamline and simplify administrative procedures related to investments, promote and maintain dialogue with the private sector and exchange business information,” he added.

The East African Business Council Policy and Standards Manager, Mr Lamech Wesonga, said on behalf of the EABC executive director, Mr Peter Mathuki, that if all NTBs hindering trade were removed, the region would be more economically viable for all investors.

Mr Bhuhinder Singh from the Arusha-based A to Z Textile Mills Limited told the delegation that the region was worth investing in, notwithstanding cross-border hiccups.

“It’s pleasure to do business in East Africa, the cost of manufacturing goods in the region and exporting to Europe is cheap,” he said, citing one farmer based in Moshi Municipality, Tanzania, who was producing watermelon and exporting them to European countries.

He said A to Z adhered to globally set standards although quality was not high on the region’s agenda as was the case with Germany and Europe at large.

A to Z Textile Mills Ltd is a family owned operated company which started with a single sewing machine in 1960s, expanding considerably to 11 companies within the group which offer a wide variety of products and services for both local and international markets, including polyester and Long-Lasting Insecticidal Bed Nets.

The Executive Director of the Tanzania Investment Centre, Mr Geoffrey Mwambe, said East Africa had a $5.3 billion market for pharmaceutical products and that Tanzania alone had set aside $500 million in its annual budget for procurement of drugs and medical equipment.

East Africa imports 70 per cent of pharmaceutical products. “Between 84 per cent and 94 per cent of health equipment procured for dispensaries, health centres and hospitals in Tanzania are imported,” Mr Mwambe added.

He said the region was implementing a second plan of action aimed at increasing manufacturing of pharmaceutical products locally.

“Local production of pharmaceutical products will not only make the region self-sufficient, but will also create employment opportunities,” he said.

German pharmaceutical products though were expensive, low labour force and operational costs would reduce their prices should they be locally manufactured, he said, adding that several incentives were in store for potential investors in the region.

He cited Tanzania which had reduced corporate income tax from 30 per cent to 20 per cent for the first five years of an investment and 25 per cent tax was also waived for imported pharmaceutical plants’ equipment. 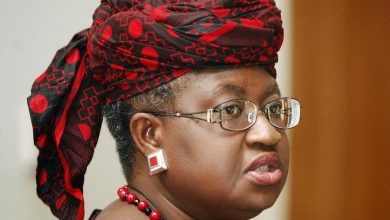