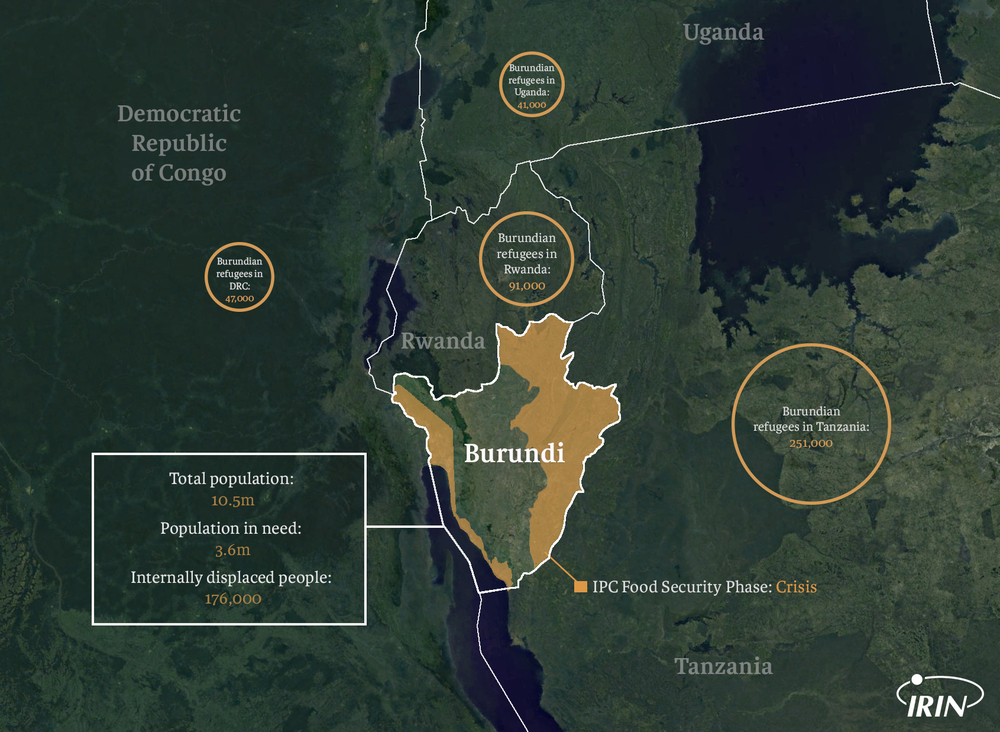 Campaigning began this week ahead of a May 17 referendum that will allow President Pierre Nkurunziza to stay in office until 2034.

A government clampdown and an uptick in political violence are raising fears that the humanitarian situation will deteriorate further as civil liberties and the rule of law are eroded, prompting more people to join some 400,000 already seeking refuge in neighbouring countries.

Lewis Mudge, senior researcher in the Africa Division at Human Rights Watch, said Burundians will continue to flee unless the political crisis is resolved.

“The current situation is worrying, as a lot of Burundi’s problems are political at the root and at their base,” he said. “It’s hard to put a timeline on it, but unless these political issues are resolved, I think it’s very possible that we could see even more people fleeing the country, which would put an enormous strain on Burundi’s neighbours.”

More than 3.6 million Burundians – about a quarter of the population of what is the world’s fourth poorest country – now need aid to get by, an increase of almost 20 per cent over 2017, according to the UN’s Humanitarian Response Plan.

Some 2.6 million people lack reliable access to food, up from 1.5 million a year ago and 700,000 in April 2016. One in six children under the age of five are affected by chronic malnutrition, a condition that stunts growth and impairs mental development.

Aid agencies say they need some $142 million to meet needs this year. So far, only two percent of the appeal has been funded.

Much of this money is required to fill the gap left by a cash-strapped and ineffective state in providing basic services – countering widespread malnutrition and food insecurity, boosting primary healthcare (six million Burundians got malaria in 2017), and helping 190,000 internally displaced people (mostly due to natural disasters such as floods and landslides in 2016) and 65,000 refugees from neighbouring states. 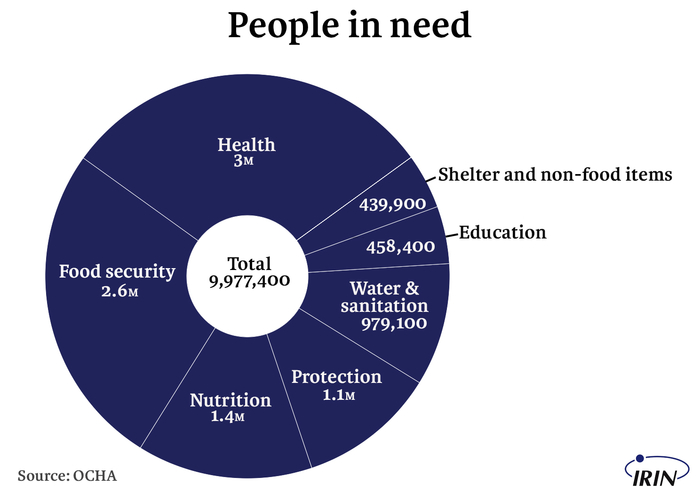 Burundi’s inability to care for its citizens has several causes: the lingering effects of a civil war that broke out in 1993 and only formally ended in 2006; an economy overly dependent on an inefficient agricultural sector; the political crisis ignited in 2015 when Nkurunziza decided to run for re-election in apparent violation of constitutional term limits; and the drying-up of the foreign cash on which the government long depended.

Such overseas assistance “is on a drip at the moment”, according to one aid worker, who asked not to be named due to the sensitivity of working in Burundi. Suspended donor support has led to a 72-percent cut in the government’s water and sanitation budget, increasing the risk of epidemics such as cholera, while funds for healthcare have been more than halved.

Hundreds of thousands of Burundians fled the country in the early stages of the 2015 political crisis, and continue to leave at a rate of up to 70 a day, according to the UN’s refugee agency, UNHCR.

“Some progress was being made before the crisis in 2015 in food security and malnutrition, but this is being reversed partly because donors are pulling out – for which government is to blame also – and partly because government incompetence is being exposed by uncertainty, violence, and flight of human capital,” he said.

Government policies are also making it harder for humanitarian agencies to deliver aid in Burundi. The 2018 Response Plan pointed to numerous “legal and administrative restrictions [that] limit current and future operational efficiency” of aid agencies and their ability to travel into the interior of the country, except in extremely urgent cases. It added that legislation covering NGOs adopted in January 2017 undermined the independence of aid agencies.

These constraints “remain a key issue for humanitarian actors” in Burundi, Philippe Adapoe, Save the Children’s country director in neighbouring Rwanda, said. 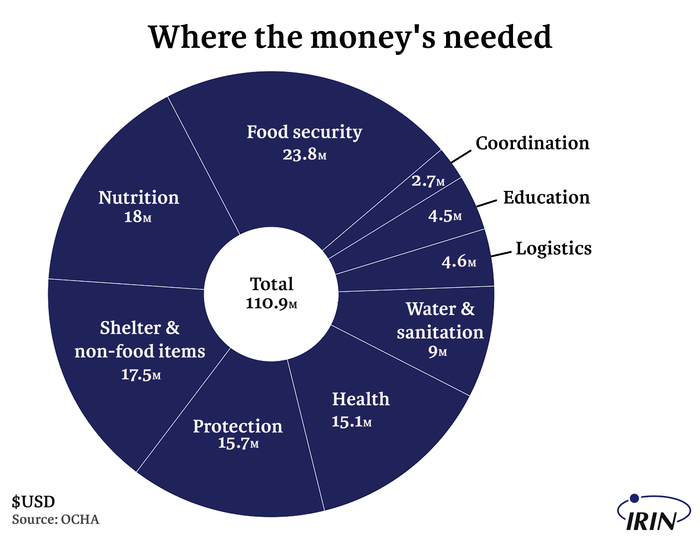 Abuses rise as poll draws near

Wide-ranging human rights abuses committed by security forces and affiliated groups over the past few years led the International Criminal Court to announce in November that it would conduct an investigation into Burundi, even though the country became the first in the world to withdraw from the tribunal the previous month.

Alleged crimes against humanity cited by the ICC include: murder and attempted murder; imprisonment or severe deprivation of liberty; torture; rape; enforced disappearance; and persecution. Depending on its findings, the ICC’s next step could be indictments and arrest warrants.

The run-up to the 17 May poll has seen a spike in abuses and threats against those opposed to the amendments.

Mediation efforts led by the East African Community have failed to reconcile the government and the opposition. “The mediation process still shows signs of being highly fractured and is yet to achieve tangible results,” the Pretoria-based Institute for Security Studies think tank said this week. “Nkurunziza’s government has shown an increasingly intransigent and uncooperative position towards resolving the crisis,” it added.

Many of Nkurunziza’s leading opponents now live in exile, while those still in Burundi who favour a “No” vote in the referendum are being cast by officials as enemies and criminals.

“Opponents, including elected officials are constantly harassed. The [Imbonerakure] militia which protects government bigwigs commits abuses in deplorable indifference of a judiciary which is a mere shadow of itself,” Dieudonné Bashirahishize, the head of a group of lawyers representing victims of the 2015 crisis, told IRIN. “Leaders of the ruling party keep calling for those who dare to push for a ‘No’ vote to be lynched.”

In one of several similar videos circulating on social media, a ruling party official says: “If you vote ‘No’, you know it will be death.”

And in a rare case of hate speech prosecution, a ruling party official was handed a three-year jail term on 30 April, days after publicly warning that opponents of the referendum would be put into pirogues on Lake Tanganyika (widely understood to mean opponents would be fed to the lake’s fish).

A group of “concerned citizens” tweeting collectively as @iBurundi, described this trial as a “sideshow” designed to cover up incitement to violence by some of the most senior officials in the ruling party.

Speaking out about abuses in Burundi carries great risks. On 26 April, human rights activist Germain Rukuki was handed a 32-year jail sentence after being convicted of taking part in an “insurrection movement” in 2015. Amnesty International said the charges were trumped up.

In 2015, the country’s most prominent human rights defender, Pierre-Claver Mbonimpa, narrowly escaped an assassination attempt. The monthly report for March 2018 prepared by the organisation Mbonimpa heads, APRODH, lists the most recent killings, arbitrary detentions, torture, beatings, and intimidation, and paints a picture of “growing” insecurity. Many abuses were allegedly carried out by the Imbonerakure – the ruling party’s powerful youth wing -, the police, and intelligence agents working for Nkurunziza’s government.

Lamenting that the prevailing climate of fear was preventing citizens from freely expressing their opinions, Burundi’s bishops said on 2 May that “the time is not right to make profound changes to the constitution”.

Earlier this month, legislators approved a draft law that would give police the power to conduct night-time raids on people’s homes.

“The ruling party has just buried democracy in Burundi,” one opposition MP stated after the decision.

Jérémie Minani, the spokesperson for humanitarian issues in the CNARED opposition coalition – which has called for a boycott of the referendum – said the vote would “create chaos and worsen the suffering and misery of the population”.

He added that if the constitutional changes were adopted, it would spell the end of the Arusha Peace and Reconciliation Agreement – signed in 2000 under the stewardship of Nelson Mandela to end the civil war and create a governance framework for sustainable peace.

The death of the accord would “certainly take the country back to a new civil war,” he warned. “The humanitarian consequences will be extremely serious: a total collapse of the economy resulting in increased poverty.”

The government, which denies there is a political crisis in Burundi and has contested the data in the latest humanitarian appeal as “fabricated figures”, turned Minani’s accusation on its head.

The opposition were the ones who “took the path of violence”, Interior Ministry Spokesman Terence Ntahiraja told IRIN. “They showed that on 13 May 2015,” he added, referring to the day of a failed coup attempt. “So I would ask them to change their behaviour, to abandon their intentions to create trouble in the country and to accept democracy and compete on the ground, [in the referendum campaign] and to win if the people so decide.”

Such an outcome is virtually impossible, said Bashirahishize, the victims’ lawyer. “It’s not a referendum, but a piece of theatre set up to enthrone the ‘Eternal Supreme Guide,’” he told IRIN, using the title the ruling party bestowed on the head of state in March.

Around 400,000 Burundians who fled since 2015 are still living in neighbouring states, but their welcome in two of them is wearing thin. Tanzania, which hosts some 60 percent of the caseload, no longer grants Burundians prima facie refugee status and is keen to step up the rate of repatriations.

Relations between Burundi and Rwanda have soured, with the neighbours accusing one another of backing rebellions.

Earlier this month, Bujumbura protested the deportation by Kigali of some 1,600 Burundian refugees, alleging they had been sent back for refusing to join an armed group formed to attack Burundi.

“Given [conditions in] the neighbouring countries to Burundi, this leaves them in a very difficult position because, as you know, many don’t want to flee to Rwanda because it’s not very safe… and neither is [the Democratic Republic of] Congo,” she said.

Robert Rugurika, a Burundian living in Brussels, told IRIN that the political repression in his home country deters many refugees from going back.

“There is nothing the regime can do to convince people to return if it does not stop oppressing Burundians. This won’t happen because the regime only survives by terrorising its own people and committing human rights violations,” he said. “People are still fleeing even now ahead of the referendum. Since assassinations and torture continues against opponents, people will continue to flee in large numbers.” 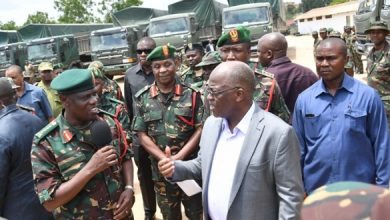 Is militarisation a panacea to Tanzania’s economic ills?