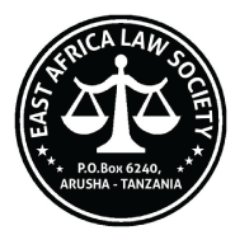 The index will measure free movement of people, goods and services in the region as stipulated in the protocol. It will also evaluate parliaments’ laws to ascertain if they are pro-integration and carry out research to get evidence on policy that would work well.

The protocol, which came into force in 2010, was meant to accelerate economic growth in the region by allowing free movement of goods, persons, labour and capital, among others.

However, protectionism policies have been taking their toll on the protocol, leading to perennial disputes between the EAC partner states over a myriad of issues, including on trade, labour, livestock, maize and confectionery.

While Tanzania recently denied Vodacom’s nominee Sylivia Mulinge a work permit, similar disputes have been pitting Kenya and Uganda, Uganda and Tanzania, Rwanda and Uganda and Rwanda and Burundi.

Mr Mugisha said the EAC Integration Index was launched during the Annual Conference and General Meeting of the society held in Mombasa, Kenya, last month.

Open Society Initiative for East Africa, which is a part of Global Open Society Foundation network, will be funding the index.

High on agenda of the EALS Mombasa conference were opportunities and challenges of the Continental Free Trade Area (CFTA) for the legal profession.

Addressing the conference, the Rwandan economist and former president of the African Development Bank, Dr Donald Kaberuka, challenged the EALS members to address fears of some African countries to ratify the CFTA saying the continental treaty was not 100 per cent liberalisation.

“You have a lot of work to do to help public institutions and the business community to address fears which impede free trade and to put in place systems which will make the integration fluid,” he said.

The CFTA requires ratification by 22 countries for it to come into force. Dr Kaberuka enumerated fears of the countries as potential loss of revenues, loss of jobs, small economies, inadequate infrastructure, insufficient safeguards and risk of dumping.

“Every country has an option of printing out its sensitive products and infant industries that require time for adjustments,” explained Dr Kaberuka, insisting that the treaty was not about fiscal measurements, but rather about services, logistics, finance, data and information technology.

Countries, which did not sign the CFTA, were worried of dumping or lack of respect for rules of origin, but around 50 per cent of the wealth from the treaty would be from services.

“And these countries are important in terms of services,” he said, adding that the CFTA was a well sequenced journey for investments, jobs and people.

African problems are compounded by non-tariff restrictions such as to full movement of people, standards, security and documentation. “Unless we handle issues on non-tariff space, the CFTA progress will be slow,” he cautioned.

The fear of loss of revenues could be dealt with by adjusting fiscal policies, said Dr Kaberuka, citing Rwanda’s receipts increasing by 80 per cent three years after it opened up its borders to the region.

The government of Rwanda had expanded economic activities while raising indirect taxes such as Value Added Tax, he explained, urging lawyers to work hard on non-tariff restrictions and payment systems.

The former Kenya chief justice, Dr Willy Mutunga, said the CFTA though was the flagship of the AU 2063 Agenda, he doubted if the continent could make it with the leadership in place.

The youth must think of an alternative leadership that would create a united and people-driven Africa that respected human rights and democracy.

Lawyers could form standard contracts for Africa’s progressive leadership to use for negotiating with the East and the West, suggested Dr Mutunga, citing the Kenya Auditor General’s report that Ksh215 billion ($2.3 billion) from Eurobond funds had not been accounted for. “We’ve to identify interests of Africa and protect them,” he said.

The EALS AGM elected new leaders of the society with Willy Rubeya, Burundian, taking over presidency from Mr Mugisha.

Is East African Community about to collapse again?

Is militarisation a panacea to Tanzania's economic ills?