A water purification system invented in Arusha, Tanzania, is making inroads into African countries and overseas, the man behind the low-cost prototype says.

The chemical engineer, Dr Askwar Hilonga, says about 20 countries globally are interested in using his Nanofilter innovation for increasing access to safe and clean water and reducing waterborne diseases.

“Nanofilter has achieved commendable results in Tanzania, we’re now ready to take the product to other countries,” the senior lecturer with Nelson Mandela African Institution of Science and Technology (NM-AIST) says in an interview with Tranquility News.

NM-AIST, one in a network of Pan-African Institutions of Science and Technology scattered across sub-Saharan Africa, is a brainchild of the late Nelson Mandela.

The former South African president envisioned training and developing the next generation of African scientists and engineers with a view of impacting on the continent’s growth through application of science, engineering and technology and innovation.

Gongali Model Company Limited, the firm manning Nanofilter, has so far formally received requests from 12 African countries and seven from outside the continent.

“To start with, the Gongali Model Company will take the technology to under-served communities in Kenya, Uganda and Zambia,” he says.

According to WHO, 844 million people lack clean and safe water and at least two billion people use a drinking water source contaminated with faeces; resulting into 502,000 diarrhea deaths each year.

This results to death of one child after every 20 seconds. In Tanzania alone, 7,000 children die every year due waterborne diseases.

Filters that are currently available in the market solve only specific problem such as removal of bacteria. Most of them are sophisticated, their imported parts are expensive and cannot be replaced easily.

Nanofilter is capable of freeing water from copper, fluoride, bacteria, microorganisms and virus for about 99.999 per cent, making the drinking water safe for the domestic use.

In Arusha alone, Nanofilter has created jobs to 90 female water stations operators aged between 18 and 30, thanks to the Human Development Innovation Fund (HDIF) for injecting Sh1.2 billion financial supports into research, product development and marketing blitz.

“I had no job, no hope, thanks to Nanofiliter for employing me as an operator,” says Tumaini Kaaya, one of the ladies who are now able to support their families, send their children to school and act as financial pillars for their families.

The job at Nanofilter also gives the ladies great respect in communities they serve as health educators and life savers. Each water station provides clean and safe water to about 100 people daily.

The HDIF support helped in creating a business model for the Gongali Model Company Limited which sells Nanofilter directly to households and institutions.

Many people, who cannot afford to buy the whole filter, purchase the precious liquid at water stations at a price that is five times cheaper than the market price.

A location for water station is identified, government permit is sought, water quality is tested, a kiosk is installed and operators are recruited and trained ready for the service.

The operator keeps daily data and revenue collected, as a supervisor conducts spot-checking, monitoring and evaluating, and reporting on the water stations.

Besides reaching out to over 250,000 people in 517 households and 73 institutions in Arusha, Nanofilter has received nine different awards, including the World Health Organization (WHO) Health Prize 2019. 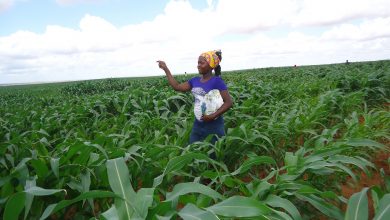 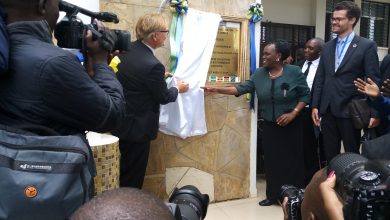