Dogs have since the inception of civilisation on earth been domesticated for various reasons ranging from security to ornaments, hunting and grazing livestock.

Indigenous dogs are often left to loiter in the streets without owners providing them with basic needs such as food, shelter and vaccination.

Some turn into stray dogs searching for food at dumpsites, threatening lives of the people, particularly minors, as such dogs can spread rabies, worms and fleas, among others.

Tanzania is estimated to have four million dogs of which indigenous ones dubbed mongrels account for 95 per cent and the remaining 5 per cent are the exotic breeds.

An outbreak of a disease is threatening to wipe out the exotic dogs in Tanzania, particularly in major cities and municipalities.

The Tanzania government is currently collecting data from all veterinary clinics and laboratories across the country to ascertain the impact of the disease targeting the exotic breeds of dogs.

The country’s Livestock Ministry is examining samples from affected areas and educating the exotic pet owners to adhere to vaccination and biosecurity measures.

The ministry is exhorting owners to lock their exotic dogs in cages, keep rats at bay and to ensure their pets’ food is well cooked, as it prepares for a research to ascertain the strain and spread of the disease in different parts in a bid to devise sustainable programmes for identifying and containing the disease countrywide.

Other players the ministry is partnering with in the operation include Food and Agriculture Organisation of the UN, Sokoine University of Agriculture and Tanzania Small Animal Veterinary Organisation.

Preliminary reports show that many exotic breeds fall sick and die of the disease between February and June every year after showing similar symptoms, including lack of appetite, developing stair-like hair coat and becoming frail.

Other symptoms are diarrhea, blood stains on the stool, chocolate coloured stool, discharging tears, running nose, urinating frequently and having yellow colour suspected to be jaundice on the eyes, mouth, nose, tongue and private parts.

“The stomach swells and shortly thereafter the dog kicks the bucket,” Professor Hezron Nonga, the director of Veterinary Services in the Livestock Ministry, says in a statement whose copy Tranquility News has seen.

Infected dogs die even if they received vaccines against the disease feared to be leptospirosis or treatment of the same.

A surgery conducted on the body of a deceased exotic dog shows yellow colour all over visceral organs, namely the liver, kidney, lungs and intestines and ribs.

A dog is given the first dose of vaccine against leptospirosis disease when it is eight-week old before the second one is given between two and four weeks later. Thereafter the dog is given the vaccine once a year.

“There has been a challenge of dogs that received the vaccine being infected with the disease,” says Prof Nonga, attributing the problem to different strains of Leptospira.

Unfortunately, symptoms of the Leptospirosis disease resemble those of aflatoxicosis caused by aflatoxins which also produce fungi dubbed Aspergillus flavus.

The yellowish-green moulds produce aflatoxins, a poisonous chemical posing serious threat to human beings, livestock, pets and trade, as they are often found in maize and groundnuts stored at places with high moisture content.

Long-term exposure to aflatoxins into the body enhances the potency to liver cancer. Aflatoxins are also known to be mutagenic toxins that can affect DNA (mutarogenic) and cause birth defects.

“A dog that has eaten food prepared from grains contaminated by aflatoxins shows symptoms similar to those of Leptospirosis,” says Prof Nonga, stressing that the sole method for differentiating the two diseases was laboratory tests.

The leptospirosis disease is, in turn, caused by fungi known as Leptospira interrogans canicola and many animals are susceptible for Leptospira which attacks their kidneys before they spread through the urinary tract.

The disease is present globally, particularly in tropical areas with high rate of temperature, rainfall and an alkaline soil with high moisture content.

A dog is infected by touching the urine of a fellow infected domestic dog, fluids of a dog that has just delivered or pond water contaminated by the fungi which penetrates into the body through wounds, mouth skin, eyes or nostrils.

“Infections can also be transmitted through eating the meat of a rat or a carcass of any other infected animal,” Prof Nonga explains.

Social media and free press: A catalyst for accountability in East Africa 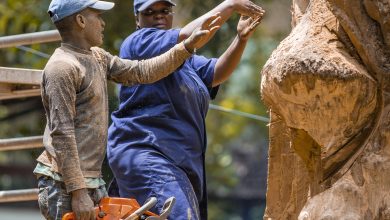