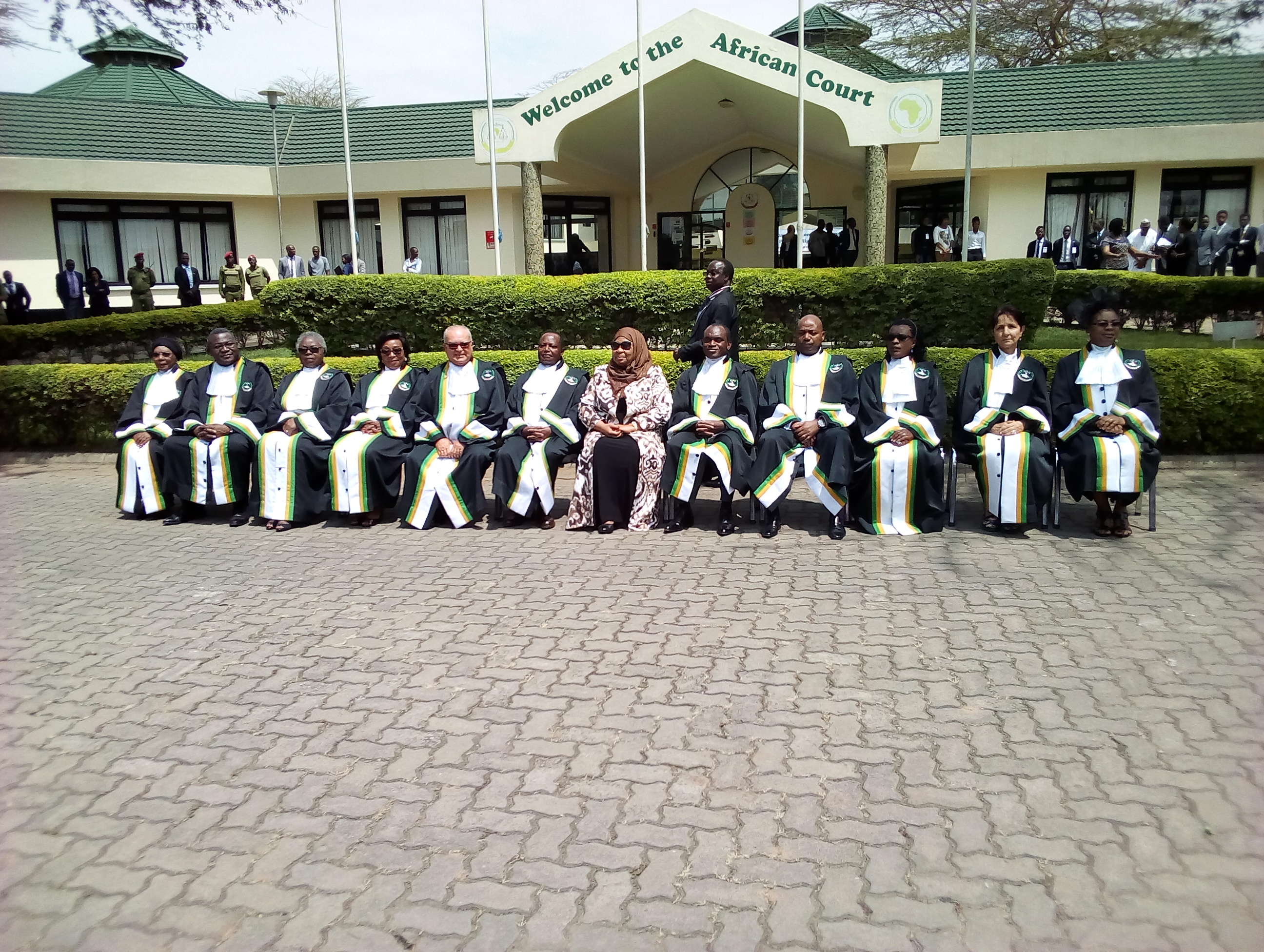 A lady will in two years to come apparently be at the helm of the African Court on Human and Peoples’ Rights (AfCHPRs) based in Arusha, Tanzania, if the increased number of female judges of the continental court is anything to go by.

With the higher number of female judges compared to that of their male counterparts, it is evident that the continental court itself cherish human rights, Justice Tujilane Chizumila from Malawi said shortly after two female and one male judges were sworn in at the court’s headquarters recently.

“It’s too early to change the election today, but I want to assure you that after the two-year  term elapses, we must have a female president of the court,” she stressed.

Justice Chizumila said gender balance was also high on Malawi agenda, as the first country to have a female president in Southern Africa, currently boasted having a female chief justice and an electoral commissioner, among others.

The court, which is composed of 11 judges, nationals of member states of the African Union (AU) elected in their individual capacities, sworn in the trio recently, making it to have the ratio of six female to five male judges.

Tanzania’s Vice President Samia Suluhu Hassan, who graced the ceremony, cautioned judges of the continental court, saying gender balance was neither a fight nor competition, but rather working together.

During its 33rd Ordinary Session of the Executive Council of the AU in Nouakchott, Mauritania, the Assembly of the Heads of State and Government elected the trio to replace vacancies on the court.

The newly elected and sworn in judges for a six-year term each are Ms Imani Aboud from Tanzania, Ms Stella Anukam from Nigeria and Professor Blaise Tchikaya from Congo.

It’s too early to change the election today, but I want to assure you that after the two-year  term elapses, we must have a female president of the court,” Justice Tujilane Chizumila of the African Court on Human and Peoples’ Rights.

Also re-elected during the same session for a two-year term, the remainder of the term for another judge, who resigned prematurely, was the Vice President of the court, Justice Ben Kioko from Kenya.

Lady Justice Aboud previously served as a judge on the Tanzanian High Court, the president of the Tanzania Women Judges Association and of the International Association of Women Judges, a state attorney general, and was a founder of the Commission for Human Rights and Good Governance of Tanzania.

Lady Justice Anukam is a Nigerian lawyer, who has since 2015 served as the director of International and Comparative Law on the Nigerian Federal Ministry of Justice and as the National coordinator on human rights issues in Nigeria.

Before her directorship, Justice Anukam held various posts in Nigeria’s Federal Ministry of Justice, including as State Counsel.

Justice Tchikaya, in turn, is a professor in public international law and a practicing lawyer. His academic work has focused on international human rights law and international jurisprudence in African states.

He is also a member of several research centres, including a member of the Center for Research on Local Authorities in the Caribbean and the Centre de Recherche sur l’Action Locale in France.

Justice Kioko has served on the African Court since July 2012. Before serving as a judge, he served as the Legal Counsel and Director of the AU Legal Department.

In addition to his work on the court, Justice Kioko serves on several human rights and international advisory boards.

Immediately after the swearing in ceremony, the judges re-elected the AfCHPRs President and Vice President, namely Justice Sylvain Oré from Côte d’Ivoire and Justice Kioko, respectively, for their second and final term of two years to lead the court, which meets four times a year in Ordinary Sessions and may hold Extra-Ordinary Sessions.

After the closed-door elections held at the start of the 50th Ordinary Session, Justice Oré thanked the judges for demonstrating confidence in their leadership and pledged renewed commitment to take the court’s values and objectives to even higher heights in the next two years.

“We appreciate the judges’ acknowledgment of our service to the court by re-electing us overwhelmingly for another term of two years. We assure them of our full commitment to live to their expectations,” said the President.

Justice Oré was elected for the first time as judge of the court in 2010 for a four-year term and he was re-elected in 2014 for a second term of six years.

Justice Kioko was elected judge of the court in July 2012 for a six-year term. He was re-elected for another period of six years in July 2018.

We appreciate the judges’ acknowledgment of our service to the court by re-electing us overwhelmingly for another term of two years. We assure them of our full commitment to live to their expectations,” President of the African Court on Human and Peoples’ Rights, Justice Sylvain Ore.

Ms Suluhu Hassan said Tanzania would fully and timely implement judgments and orders of the continental court provided it adopted clear and implementable judgments with no room for misinterpretation.

Tanzania is leading in petitions filed against the government at the court with 117 out of 180 cases of which 94 were filed by inmates and remandees.

Most of the applicants in the cases complain over unfair treatment during proceedings of the local courts and of being denied legal assistance and copies of judgments.

Judge Aboud said the high number of civil rights violation leveled against the Tanzania government reflected increased awareness among Tanzanians on the mandate of the continental court at their disposal.