I was taken aback, to say the least, to read in The Citizen newspaper of January 20, 2018, that representatives of the private sector in Tanzania had the presumption to write a letter to our government cautioning it against changing the 1999 Land Act No 4 on grounds of possible “harm to the economy” because the so-called “stakeholders” had not been consulted on the proposed changes. It was a front-page article titled: “Why changes to land law may hurt economy”.

The crucial question, however, is who in fact are the true “stakeholders” in any nation as far as land matters are concerned? The answer is clearly the people, not private investors; and it is the peoples’ representatives who are currently proposing the changes in Tanzania, which in my opinion is how it should be.

Land is the basis of all independence. Who controls land controls the nation, whether he or she sleeps in the State House or not. having a flag, national anthem or an elected president and parliament are all symbols of independence, but in reality these remain mere symbols if there is not real control of the land.

It is my opinion that, 50 or 60 years after the much fought-for and celebrated independence of African countries, many of our leaders have already forgotten the real meaning of the word ‘independence’ – or perhaps, more to the point, have allowed their personal interests to dominate over the national interest.

As a result we have entered an on-going race to allow, and even invite, foreigners to take over our farmlands, which in essence is relinquishing our hard-fought freedoms through the back door.

Foreign investors should be allowed to invest in African farmers, not African farmlands, and our land should be restored, forever, into the hands of the people — which is where our founding father, Mwalimu Julius Nyerere, established it.

Since then it has taken several changes in the law to transfer our land into the hands of a series of presidents who proceeded to usher in a great land give-away unparalleled in the history of our country.

This betrayal needs to be rescinded urgently through the current proposals and there should be no need for our government to ask for permission from the private sector and their so-called ‘investors’ — whether local or foreign.

According to The Citizen article, areas of major concern to the private sector letter are related to the inclusion in the proposed changes of the following sections: 120A, 120B and 120C – stipulating that bank loans that have been collateralised against land should be used for the development of the particular piece of land cited in the Right of Occupancy papers and not siphoned out of the country.

What could possibly be wrong with this? After all, investors are given the land on the understanding that they will bring in money from outside to develop that land.

So, when investors mortgage these lands and use the money for projects outside the country, this is not only a clear case of breach of contract, but actually a cynical reversal of the process: instead of bringing in funds for the benefit of the local people and economy, money is being taken out, resulting in further impoverishment of our people and nation and a prevalence of land conflicts throughout our country between peasants and private ‘investors’.

The Land Act No 4 and Village Land Act No 5 of 1999, as they stand now, are both retrogressive; they are a throw-back to the colonial Land Ordinance of 1923.  Going back to colonial land policies cannot possibly be progressive and is exactly the root cause of Kenya’s current extreme land inequality.

Tanzania’s 1999 Land Acts are a carbon copy of Kenya’s Government Land Acts (GLA 280) with the result that Kenya’s land situation is now the root of widespread civil unrest in the country.

How did we end-up emulating Kenya’s misguided land policies? The British Consultant, Professor Patrick McAuslan, who drafted the 800 pages of 1999 laws and the British government which paid him knew, I am sure, what they were doing; after all these Acts clearly benefit overseas investors, including British companies.

However, they do not serve Tanzania’s interests at all and should be repealed before the country goes Kenya’s way – into a social and political mess.

Therefore, the proposed changes should be passed in their entirety. And this should be with retrospective application, with ‘investors’ who took mortgages overseas on the strength of our land and used the money raised outside Tanzania, having their licences revoked for breach  of contract as they have been operating as mere speculators, not legal investors, so contributing  significantly to undermining our nation’s economy and our peoples’ quality of life.

Harid Mkali is an author & journalist based in London, England. He can be reached through telephone: +447979881555, Email: mkali@live.co.uk, Website: haridmkali.com. 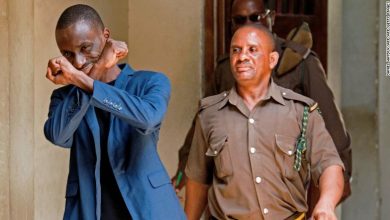 Taxing the internet not healthy for the EA region